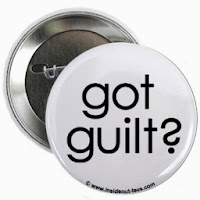 Technically, it's still the weekend since today is the legal holiday for Christmas. I had been contemplating this topic for a few days, then I read Leah Kleylein's post, Let's Start Again, on her Random Notes blog.

Those of us in the genealogy blogging community spend much of our time writing about our own research, sharing our discoveries, reviewing new products and engage in stimulating discussion about our hobby/profession. But if you're like Leah or me, you may have taken a "walk on the dark side" - spending minutes, hours or days with other activities (or addictions) besides genealogy.

Sometimes, I just have to take a break from hanging out with the dead relatives. And those guilty pleasures have been drawing me away from genealogy the last four or five weeks. Well, let's face it, it all started with the arrival of my Kindle Fire, which I've already blogged about in my reviews of the product.

The device has barely left my side since it arrived, but have I been using it primarly as an e-reader? Not quite. Rather than reading two or three books a week as I did on my old Kindle, I've only read about three books in the last month. What have I been doing instead? Checking out the Android Apps for the Kindle, downloading them, discarding many, keeping quite a few. Angry Birds was much too slow for me, but my time on Treasures of Montezuma borders on addiction.

Then there are the apps for magazine subscriptions - I've definitely been enjoying the tablet versions of Time,  Vanity Fair, Consumer Reports and the Smithsonian. I've also been receiving my issues of Family Tree Magazine in digital format (Adobe pdf), which is easy enough to read on the Kindle.

I've also spent quite a lot of time over the past month converting my hundreds of music CDs to mp3 format - to archive on an external drive as well as backed up in the Amazon cloud. And that also means that I've spent quite a bit of time this past month downloading dozens of free Christmas tunes from Amazon. And filling in some of my Sixties music collection with some Greatest Hits collections from my era. And some Rat Pack tunes, and a few modern country as well. It's nice to pull up my cloud collection either on the Kindle or computer and be able to listen to the songs that have provided the soundtrack for my life. In other words, I just finished uploading the entire Beatles catalog to the cloud. Next up is a collection of about 100 Paul McCartney CDs to convert and upload.

As though playing with the Kindle wasn't enough, about a week and a half ago I bought a Roku video streamer box. Wowee - I though that the DVR had revolutionized the way I consume TV and movies, but since getting the Roku, "regular" TV has not even been on. I already had subscriptions to Netflix and Amazon Prime for live video streaming. I will admit, trying to watch a movie on the Kindle Fire isn't that exciting. A coworker mentioned he had a Roku, so I looked into them and selected one that best met my "needs". Clearly, a Kindle Fire and a Roku were not "needs" of my pioneer ancestors!

In addition to Amazon and Netflix, the Roku offers more than 400 video channels, many of which are free. One of the free channels I like is the BYU channel which includes The Generations Project genealogy show. Hmm ... it seems like I'm trying to justify my guilty pleasures by associating their use to a genealogy application. I've also become addicted to the "24" TV series starring Kiefer Sutherland. I'd never watched it when it aired, so I'm starting with Season One. It's always intrigued me that a non-violent person such as myself happens to love crime shows.

I also find myself frittering away my time with Gene Simmons Family Jewels, Celebrity Apprentice, Amazing Race and Survivor. And the alphabet crime shows such as NCIS and CSI.

So there you have it. I've come clean about my "dark side" away from genealogy. Do you have the courage to admit to your guilty pleasures? If so, please post in the comments section below. 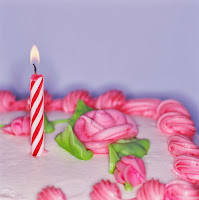 It's really hard to believe that I've been blogging for two years! A lot has happened in my genealogy world since I made my first query-type post on LongLostRelatives.net. My first post was certainly intended to be cousin bait to find any descendants of my mother's first cousin, Evelyn Bellinger Gibbons. It took a while, but about a year and a half later, her great granddaughter posted a comment on that blog post. I will never underestimate the power of the internet.

I've blogged a little less in 2011 than in 2010, but logging 214 posts in 2011 shows I haven't really been slacking - I've just been busy mining new online resources to aid my family history research and I've managed to get to a few genealogy conferences this year.

The year in review:


It has definitely been quite a year; a year of new discoveries and new friendships. While others are faced with brick walls, I have been faced with the genealogy tsunami - so much information, paper and photographs that I am completely overwhelmed at assimilating, cataloging, archiving and sharing it all. But isn't that what makes genealogy great?
Posted by Susan Petersen at 5:51 AM 21 comments: