Many events are in store for Nebraska genealogists in May! If you have an event you would like listed, email me. For a full listing of upcoming Nebraska genealogy and history events, click here.

Posted by Susan Petersen at 7:50 PM No comments:

On July 16, 2011, I will be speaking at the Genealogy and Land Records Symposium in Beatrice, Nebraska. Click here for a program and registration form.
Posted by Susan Petersen at 4:26 PM No comments:

Many of us are old enough to remember getting dressed up for Easter. Complete with a little hat and white gloves! I have no idea why my Mom would have dressed me like this if I was going hunting for Easter eggs. Maybe they weren't made of chocolate back then because I would have been a mess!
Posted by Susan Petersen at 9:25 AM 4 comments:

Email ThisBlogThis!Share to TwitterShare to FacebookShare to Pinterest
Labels: Holidays 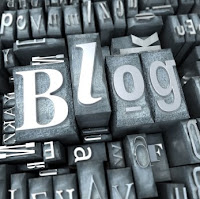 Here are some of my favorite posts from the genealogy blogging community this week:

What Do You Mean It Isn't Free from the Minnesota Family Historian is an excellent discourse on the value of genealogical services and information and the actual behind-the-scenes costs.

Along the same lines, Thomas MacEntee of Geneabloggers was quite transparent in sharing information regarding making money in the genealogy field. Those who have a dream of doing genealogy as a full-fledged career may have their eyes opened to this economic reality. It is not as easy as Thomas makes it look!

Also weighing in the topic of making money in genealogy were Amy Coffin of We Tree Genealogy and James Tanner of Genealogy's Star.

How to Create Online Content Like an Immortal Renaissance Artist from Copyblogger (not a genealogy blog, but excellent advice for the digital writing community)

Dear Myrtle has an excellent piece on the Bureau of Land Management and researching land records. 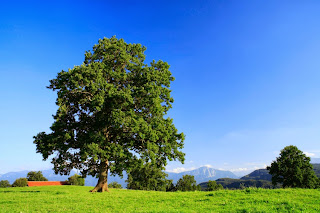 It's no secret that we genealogists are passionate, obsessive, driven, enthusiastic, dedicated .... I could go on.

This weekend's question is: What drives that passion or obsession for you? Is it the whole idea of finding out who you are through the lives of your ancestors? Do you have one or two ancestors who really intrigue you?

How did you get started doing family history research and what was the trigger that got you hooked? At this point in your life, can you imagine ever stopping your quest for family history information?

What aspect of your family history research do you enjoy the most? For me, it's no question that I love researching old newspapers and walking in the quiet solitude of cemeteries.

Please share your Comments below.
Posted by Susan Petersen at 7:03 AM 5 comments:

John J. Layman
Death has again entered our midst, and has taken another one of our dear old soldiers, who fought in the Civil War for our freedom. It is so true that Death loves a shining mark, and this time he laid his icy finger mark upon Uncle John Layman, as he was called by his friends and old comrades. Thus another home is broken and an aged companion left to mourn the loss of one who for sixty-one years has toild and labored by her side to make their home a resting place, that they might enjoy in their last days.
John J. Layman was born July 4, 1831, and died May 19, 1922. He is survived by his aged companion, Eliza Layman, one daughter, Mrs. Clara Pecht, of Hardy, Nebr. four sons, Tilson Layman, of Verona, Neb., Geo. W. Layman, of Republic, Kans.,  Herbert and Frank Layman of Sheridan, Wyo., fourteen grandchildren, three great grandchildren, two daughters, Ida Weir and Martha Layman, having departed this life before their father - Republic City News
Source: Belleville Telescope, Belleville, Kansas, June 1, 1922


Note: the correct spelling of the family name is Laymon. His headstone indicates his year of birth was 1838, rather than 1831. 1838 is consistent with census records.


John Laymon was a private in the Illinois Infantry, 91st Regiment.

John Laymon's military page on Ancestry.com
Posted by Susan Petersen at 5:00 AM 1 comment:

Several of my kin are listed, so I need to make some notes!
Posted by Susan Petersen at 10:01 AM No comments:

The Danish Immigrant Museum of Elk Horn, Iowa published this request regarding a Danish Lodge in Omaha in its latest newsletter. Can you help?


We’ve recently learned that there was a Danish lodge of the International Order of Odd Fellows that purchased lots in Springwell Cemetery in Omaha in the early 20th century. We would like to obtain more information about this group.  If you have any photographs or information about it, or know where some might be found, please contact Michele at 877.764.7008.
Posted by Susan Petersen at 5:45 AM 1 comment:

May 26, 20116:30 p.m.Knight Museum and Sandhills Center908 Yellowstone AvenueAlliance, NEHeritage SeekersGleaning Information from Death and Cemetery RecordsPresented by museum director Becci ThomasAs caretaker of most of the Box Butte county genealogical records, Becci will cover the many aspects of using the different types of death records and why they are so important to the genealogist and historians alike. For more information contact museum@cityofalliance.net or Cheri Hopkins clchopkins@gmail.com.June 11, 2011Start time TBA908 Yellowstone AvenueAlliance, NEThe Heritage Seekers will host an all day driving tour of the 13 Box Butte County cemeteries.Meet at the museum early and we will carpool to take the driving tour of these cemeteries, led by our museum director: Becci Thomas and other museum staff. Bring a sack lunch, drinks, comfortable shoes and a camera! This will be an all day excursion. Call 308-762-2384 for more info or email the museum at the following: museum@cityofalliance.net

Information provided by Cheri Hopkins
See more genealogy and history events in Nebraska
Posted by Susan Petersen at 5:40 AM No comments:

Sometimes life interferes with the reading of one's blogs, so Around the Blogosphere has been AWOL for the last three weeks. Once my Google Reader hit 700 blog posts that I hadn't read, I had to give in, delete them and move on.

However, here are some of my favorite genealogy blog posts that I've read recently:

Organizing Family Photos: Getting Over the Hump by Melissa Mannon on ArchivesInfo.

Websites for Finding Vital Records and their Alternatives by Gena Phillibert Ortega on Gena's Genealogy.

Preserve it or lose it - Dear Myrtle - here's where I discovered the Light Impressions web site where I've ordered some archival storage containers that meet the PAT test.

Obsessed With Genealogy by Ruby Coleman on the You Go Genealogy Girls blog.

Are You Related to? by Deb Ruth (no relation to the Babe) on Adventures in Genealogy.

The Minute Men of 1861 by Barbara Poole on Life From the Roots.

Why Is there So Much Drama on FindAGrave by Kerry on Clue Wagon - be sure to read the comments in this fascinating discussion. We've all had varying experiences with this site, although mostly quite positive. Yes, sometimes there is drama there.

Dorothy Louise Harris - this is an excellent example of putting together a story timeline illustrated with photographs. From Dave Weller on Tree Rings.

What Makes a Good Memoir - Biff Barnes on Family History and Memoirs.

Week 15 Challenge: Did you have a favorite sports team as a child? If so, which one and why? Do you still support the same teams?

No, Mickey Mantle was not one of my long lost relatives. But he played a big role in my early years. As I've written before, there are many baseball players in my family, including my father, my maternal grandfather, and two great uncles on both sides of the family. For whatever reason, the New York Yankees were my number one team. Today, I've expanded "my teams" to include the St. Louis Cardinals. So I've got a team in each league.

I remember listening to baseball games on the radio with my grandmother, Sina Bellinger Kelly. There was something about the name Mickey Mantle that resonated with me. At such an early age (under five), I really believe that I thought Mickey Mantle and Mickey Mouse were the same person! Anyway, I loved his name. Then I remember watching baseball games on our black and white television set.

Then came along the summer of 1961 and the home run race between the two Yankees, Mickey Mantle and Roger Maris. This season was expertly recreated in Billy Crystal's film 61*

. I followed the home run race, read the box scores, and checked the statistics on a daily basis that summer. Being a huge Mickey Mantle fan, I wanted him to beat Babe Ruth's record. But as long as the record was broken by a Yankee, it didn't matter.

1962 rolled around and a dream came true for me. My grandparents, parents and I went to Kansas City's old Memorial Stadium to see the Yankees play the Kansas City Athletics on August 19, 1962. The Yankees were smokin' that day. Home runs were the norm. Mantle hit 3 for 4, including the seventh grand slam home run of his career. It was enough to see Mantle and Maris and the rest of the Yankees, but to see a grand slam! I was thrilled!

Between Mantle and Elston Howard, the two drove in 15 runs to beat the A's 21 - 7. Howard hit two home runs. It wasn't as if the A's were idle that day, either. Of 11 hits by the A's, four were home runs! No kid could ask for anything better than that!

Update for 52 Weeks: Oh yes, I still follow the Yankees! One of their relief pitchers, Joba Chamerlain, and I went to the same high school (oh, about 30-35 years apart). It's fun to keep an eye out for the home town boys who made it big. But I am also a huge fan of the St. Louis Cardinals (my Dad tried out for the team prior to enlisting in World War II). Pujols Rules! It's hard to believe, but I also like the Boston Red Sox (Yankees fans, do not attack me!), the Los Angeles Dodgers, and the Chicago Cubs. Face it, if there's a major league baseball game on TV, it's on in the background.


The West Nebraska Family Research & History Center is proud to announce that Loren Pospisil, Director of the Chimney Rock state historical site, will be the featured speaker for the WNFRHC Genealogy Roundtable Forum on April 16th at 1:30pm at 1602 Ave. A in Scottsbluff. Loren will describe the collection and holdings at Chimney Rock that may be beneficial to family researchers and local historians.  Loren will also discuss the Western Trails Project and subsequent Western Trails Database and the important information it contains.  For more information, please contact the West Nebraska Family Research & History Center at 308-635-2400.
Posted by Susan Petersen at 6:16 PM No comments: