The Beautiful and The Damned 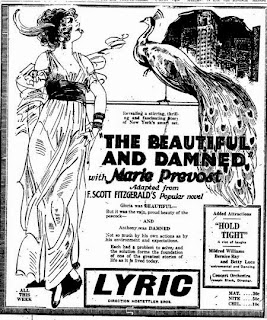 While seeking out information on long lost relatives, I often come across other advertisements and news articles that capture my attention.

Playing in theaters 87 years ago this week was the movie version of F. Scott Fitzgerald's book, The Beautiful and The Damned.
Posted by Susan Petersen at 11:40 AM No comments: 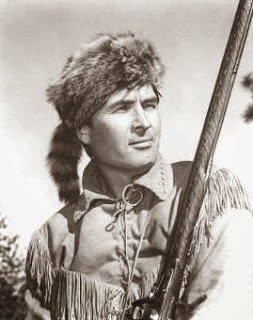 The passing of actor Fess Parker brings back many memories of my childhood and watching him portray Davey Crockett on television. Below is a photo of me dated December 1955, showing off my coonskin cap, most likely a Christmas gift that year.

Posted by Susan Petersen at 6:00 PM No comments: 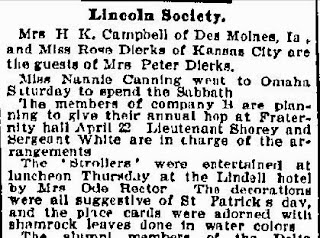 Our Irish relatives celebrated St. Patrick's Day as well! Here's an article about a St Patrick's Day Party given by Nellie Kelly Rector in Lincoln, Nebraska in 1905.
Posted by Susan Petersen at 5:47 AM No comments:

Did you get your census form in the mail today? Wow - they weren't kidding. 10 questions 10 minutes. I don't think it even took me that long to fill out!

As I look back at the information gathered in the census in earlier times, it's a shame that the only information gathered this time around is the name, date of birth and race/ethnicity of the household members. I pity the genealogists 100 years from now who are not able to find out our occupations and all of the other gems that appear in earlier censuses.

I guess the government wasn't really interested in preserving family history when they came up with the questions this time around!

Fill out your census form and mail it in! It's your duty!
Posted by Susan Petersen at 5:59 PM No comments:

Email ThisBlogThis!Share to TwitterShare to FacebookShare to Pinterest
Labels: Census

Quite often we get wrapped up in seeking obituaries from 50, 70 or 100 years ago. Just as often, the more current obituaries found online will give us a link to the past. I've had a great deal of success with Legacy.com, an obituary service used by many of the newspapers across the country. These obituary notices will include living family members, where they live, and quite often, the names of the parents of the person who died. This has opened up a lot of connections in my research in helping to fill in the blanks. Online obituaries seem to go back to about 1995, but a few that are older than that are available. Even if the obituary is older and archived, the cost of $2 - $3 is well worth it. Check it out and see if any of your long lost cousins appear!

Visit Legacy.com
Posted by Susan Petersen at 5:50 PM No comments:

The other members of our family 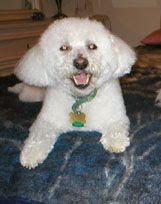 When doing our family history, sometimes we forget about our extended family members - our pets. It's a very sad day in the Petersen household today as we bid farewell to a loving family member, our little buddy Chase.
Posted by Susan Petersen at 5:06 PM No comments:

It's a little difficult to tell if the reviewer really got into this or if he's just being cynical, with an inference that most people's ancestors were drab, boring drones. Apparently the genealogy bug has not yet bit the reviewer the way it has the rest of us. Every ancestor has a story - and it's the inquisitiveness of the descendant to want to continue digging around to find it.

Personally, I've been quite impressed with the PBS production, Faces of America. My only criticism is based on personal preference. Personally, I would have preferred that each episode focus on the ancestry of just one person, rather than jumping around among several of the celebrity descendants. I understand the reason the producers edited the program the way they did. For example, if someone just isn't into Dr. Oz, they would skip that show altogether. This way, you're hooked in to watching every episode. I also would have liked the producers to show more of the research process that goes into family history. A newcomer may not pick up enough to realize that anyone is capable of tracing their roots.

Certainly, NBC's collaboration with Ancestry.com, Who Do You Think You Are?, will show more of the how-to aspect of the search. After all, isn't Ancestry.com looking for more customers?

The NBC show premieres this Friday evening. I'll be watching.
Posted by Susan Petersen at 5:56 AM No comments:

Email ThisBlogThis!Share to TwitterShare to FacebookShare to Pinterest
Labels: Genealogy on TV 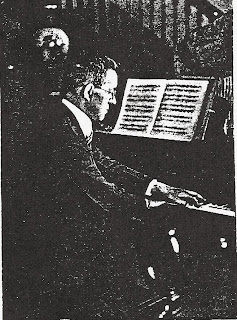 I've been working on a timeline on William Kieran Langdon for several months. The story of a legal squabble within his family has captivated me. In summary, his parents were Margaret Kelly and Michael J. Langdon. He was born in 1885 in Texas, even though his death certificate says he was born in Lincoln, Nebraska. I'll go with Texas as that shows up on numerous census records.

Michael J. Langdon spent the last four years of his life in insane asylums in New York and Nebraska. A few years later, Margaret Kelly Langdon, as guardian of her son, William Kieran Langdon, had her son committed to the State Hospital in Nevada, Vernon County, Missouri where he resided for 15 years. Shortly after his release, he filed suit to obtain the portion of his father's estate to which he was entitled. His mother had appropriated much of his share of the estate for her own use. She had involved her brothers, Daniel Kelly (my great grandfather) and Michael C. Kelly as bondsmen on the money and they became liable for the bond. This portion of the case went to the Nebraska Supreme Court.

So - I began my quest to find William Kieran Langdon. His 1918 draft registration showed him working at the State Hospital in Nevada. For months, his entry in the U S Census records have eluded me. This past weekend I received a copy of a photograph of William Kieran Langdon playing the piano. The photograph made me go back to the 1920 and 1930 census records for Nevada, Missouri. There I found a Jack Langdon, born in Texas in 1885 and by 1930 was married to a woman named Sarah. His occupation? He was a musician in a dance hall in 1920 and in 1930 a musician and teacher. This was definitely starting to look like a lead.

Through the magic of Google news archives, I discovered some issues of the Nevada Daily News and after going through the the issues from 1957 discovered a notice of the death of Jack Langdon and one about the funeral rites for W. K. "Jack" Langdon. That last one was confirmation that the William Kieran Langdon I'd been seeking and "Jack" Langdon were one and the same person.

As I searched some more in the Nevada Daily Mail,I found some advertisements that showed he played piano at the movie theater, and that the Jack Langdon Red Hot Pepper Orchestra performed on Christmas, 1926 at a place called Haddock.

The few pieces of the puzzle that I discovered just make me hungry to discover even more! 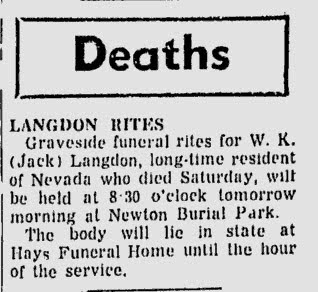 Posted by Susan Petersen at 4:21 PM No comments: